At Cadenza Propety Management, we equally prioritize our property owner investors and our tenants. To achieve the highest level of service, we've assembled a specialized team of local experts for every property.

Our commitment to going above and beyond ensures even the most minor of resposibilites are taken care of 24/7. With our focus of helping you operate and manage your long-term rentals, we understand the specific details and requirements involved with this industry compare to other rental niches.

The phrase “happy wife, happy life” can easily be applied to property management with a minor adjustment: “happy tenant, happy landlord.” Happy tenants are the cornerstone of your long-term success since they better maintain and care for your property, are much less likely to pay rent late or not at all, and reduce your overall risk. We make sure your tenants have everything they need to make your property feel like home, so everyone wins. 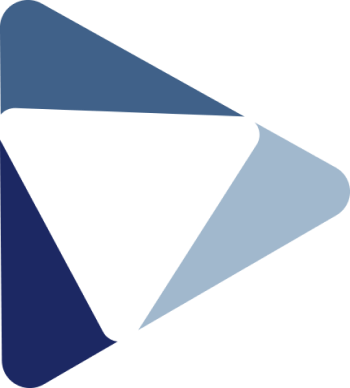 We are a full-service property management company, meaning you can hand over the reins and stop sweating the small stuff. Our customers trust us to manage their properties since from day one we treat their property as our investment too. Your success is our success, and we don’t tolerate anything less than constant 5-star ratings and streamlined passive income for our investors. Our team members are highly skilled and backed by years of accumulated experience in the industry. This virtually guarantees a stress-free property management experience for every one of our valued property owner investors and partners.

Why you Need Cadenza for Your Rental Property Management

Managing a rental property is far from easy, especially if you're new to the industry or are a first-time investor. It's common to feel overwhelmed and frustrated when you're starting to rent out your properties to tenants. That's okay! That's what we're here for, and there are many reasons why using a property management company is the best decision you can make for your investement - and for your sanity. 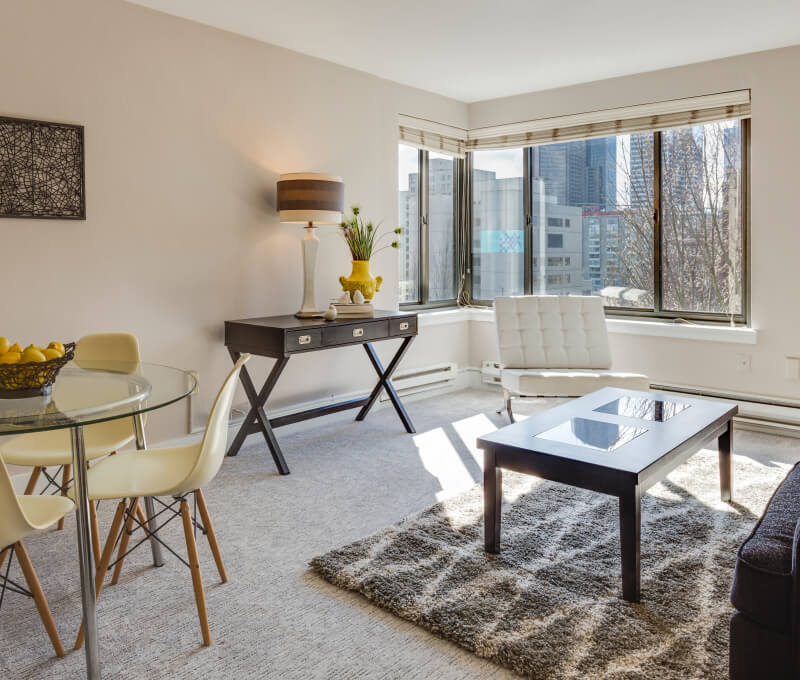 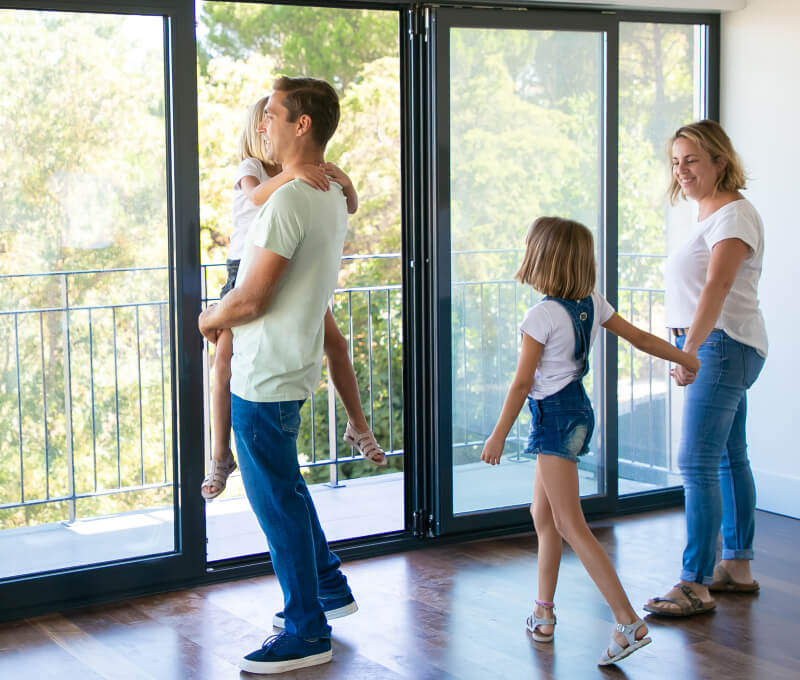 One of the most challenging aspects of renting a property is calculating a profitable but fair rental price for your tenants. Pricing a rental is a delicate balance and overpriced property will sit empty (causing you to lose money) while an under-priced property may not generate enough profit. A professional property management company will use a comparative market analysis to determine the best rental price for your property based on desirability, location and amenities.

Even if you're an experienced landlord, marketing your property can be quite challenging. It isn't enough to get your rental ad seen, it needs to be seen by the right people at the right time with the right advertisement. Letting a professional handle your marketing ensures that you save a precious time since your property will be listed in all the right places with high quality marketing. 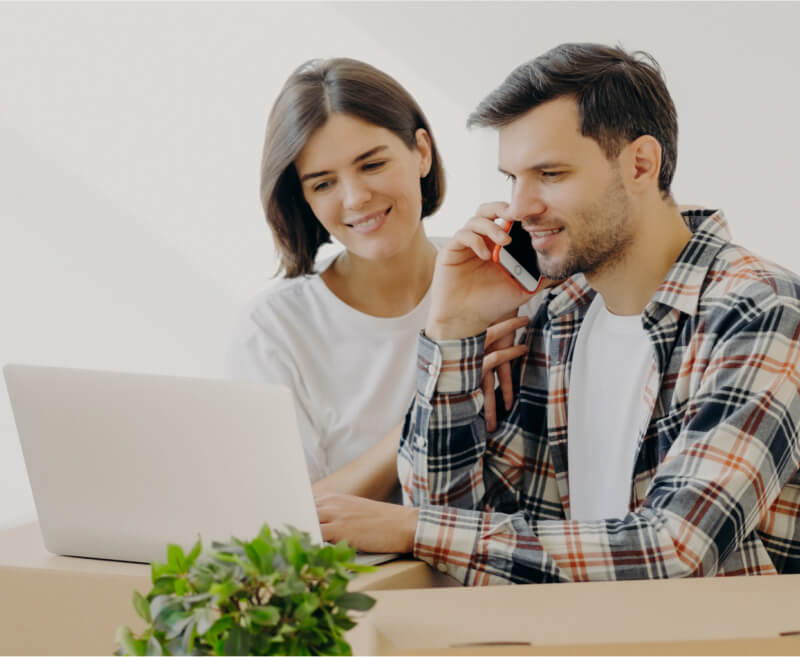 One of the most stressful parts of property ownership is handling a problem tenant. Whether they're destructive to the property or won't pay their rent, these types of tenants turn a passive income stream into your worst nightmare. But, since a property management company handles all tenant relations for you, those written notices, evictions, and other legal actions aren't your concern. Furthermore, the situation is handled professionally and limits your legal liability 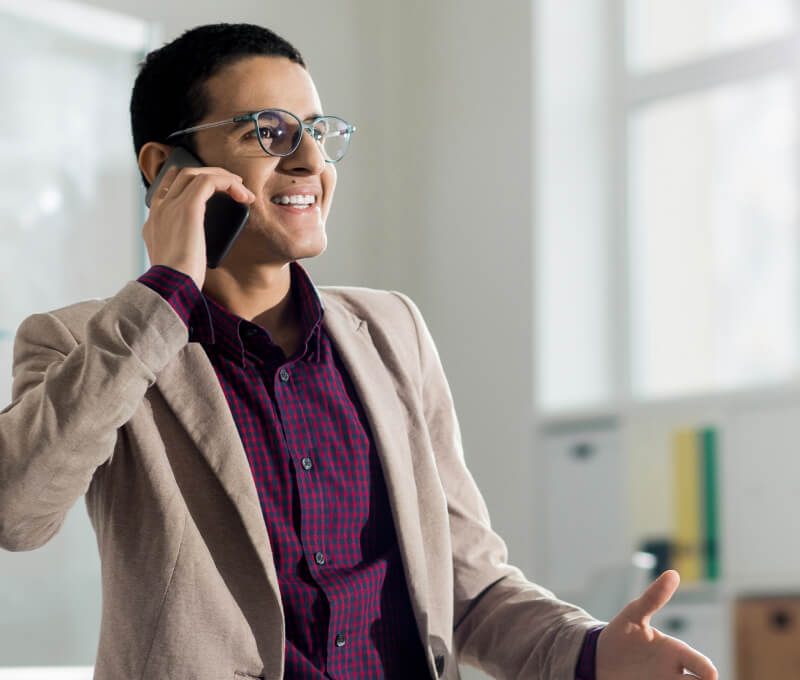 Using a property management company nearly negates all your responsibilites. You will have complete freedom and control of your time since the company manages your tenants and property maintenance 24/7. We take care of questions, repairs, and emergencies so all you have to do is enjoy your profits. 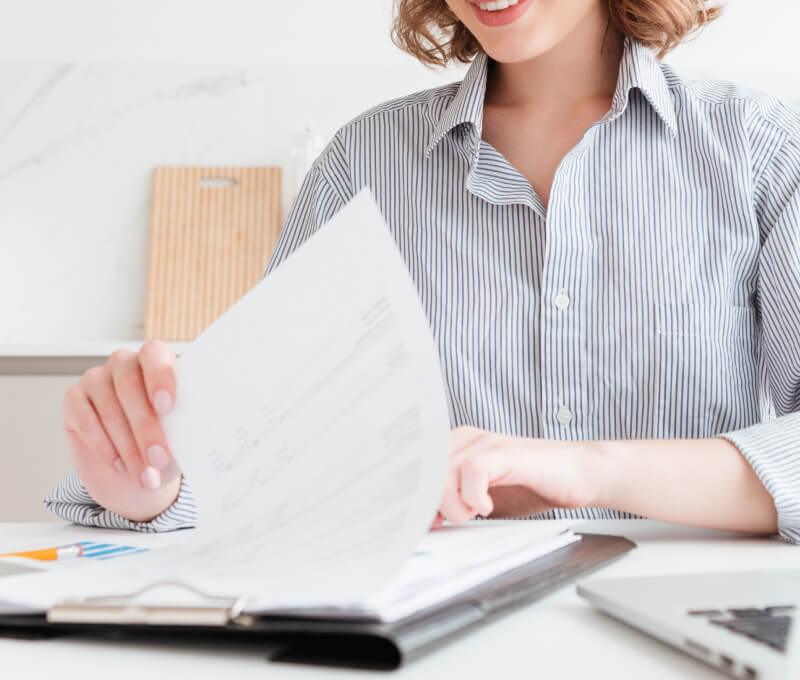 It's no secret there's a variety of costs and financial tracking involved with managing a property. This bookkeping includes rent collection, utility bills, contract fees, and maintenance/repair. We make it easy to visualize and organize your expenses and revenue for a clearer picture of the finances related to your property. Plus, even our property management fees are deductible.

Considered one of the best companies for property management in Seattle

The benefits of using Cadenza Property Management for long-term rental management are easy to understand. We take on every responsibility and every task related to property management so you can enjoy the passive income you've dreamed of. By using us as your intermediary, you enjoy all the benefits of renting out your property without the usual headaches and time commitment. Plus, you don't have to be local to Seattle to own property here since we act as your Seattle property managers and do all the work for you.

From start to finish, Cadenza Property Management has your back. We help with every step and responsibility for your single or multiple Seattle rental properties. We provide comprehensive and professional property management services designed to give you back your freedom. Our ultimate goal is to allow you to enjoy the benefits of owning rental properties in Seattle, WA without the day-to-day stresses normally associated with owning and managing property.

Our off-site management services allow you to experience total freedom with a passive-income lifestyle. Our style of property management includes the use of local experts and contractors that handle the day-to-day services your tenants expects. Our off-site management protocols allow us to deliver exceptional customer service and maintain high standards for cleanliness and functionality of your property without requiring you to be on site.

Our marketing services are available to every investor we partner with. To maximize your income, we take advantage of evert marketing technique and listing site possible to fill your vacancies within the first month. An empty property is not only a drain on your finances but a thorn in your side. We know how to market your property effectively and can fill your vacancy in no time. We're so effective that we can have a tenant lined up before your existing tenant's final day!

One of the scariest parts of renting out your property is knowing which stranger to trust enough to live in your property. To ensure that you don't regret your decision to rent out your property, we screen tenants thoroughly so we can make the best choice for your property. We'll handle reference checks, background checks, credit checks, and more to limit your financial risk.

As part of our Seattle property management services, we collect the rent from your tenants on your behalf. Our rent collection services are entirely hands-off and simple to track since we use electronic transfers for your and your tenants's convenience. We will also pursue late payment fees and deliquencies if it becomes necessary to do so.

Since managing your utility costs and other monthly expenses for your property is much more complex than one person can be reasonably expected to handle, we'll also handle all those miscellaneous bill payments for you. Whether your tenants are expected to pay their own utilities or you'd like to include those costs in one higher rent price, we can cater to your preferences and ensure your bills are paid in a timely fashion with excellent recordkeeping.

Whether you like it or not, systems deteriorate, appliances fail, and accidents happen. Maintenance and repairs are a normal occurence with any property rental. But being on a call 24/7 is no fun for an owner looking for passivity. We make ourselves available to your guests and tenants any time, day or night, and handle scheduled and emergency property maintenance on your behalf. Whether that includes bringing in outside contractors or replacing appliances, we handle it all.

Your property must remain in excellence shape if it is to remain profitable. After each tenant stays in your property, we'll conduct an inspection and assess for damages, wear and tear, and perform any needed maintenance before the next tenant moves in. If necessary, we'll also audit the property during a tenant's stay to protect against damage and unnecesarry costs.

For long term rentals, the paperwork associated with moving in and moving out can be a pain to organize. We know exactly what needs to be signed and have years of experience working with rental contracts. We'll make sure that both you and your tenant are protected in your contracts and that all the necessary paperwork is completed for documentation purposes and legality reasons.

Accurate records are the cornerstone of any viable business, and your property investment is no different. We document every interaction between you, the tenant, and ourselves and keep detailed notes of maintenance and repairs, any conflicts, payments, and more. Since we want you to be protected in case anything goes wrong, we are diligent in our reporting and documentation of all activity related to your property.

Seattle: One of the Great Rental Cities in Washington State

In terms of investing in property in Seattle, there is absolutely no shortgage of opportunity. Seattle real estate continues to expand at a consistent rate, making Seattle the 10th top city nation-wide for investement prospects. Since more than 50% of Seattle's real estate market is made up of renters in all forms, you're likely to easily find renters in such a high ticket and high demand area.

The draw of the city has resulted in an ever-increasing demand for rental properties in and around the Seattle area, particulary in West Seattle. Since the home market in Seattle has taken off and vastly decreased home affordability in the area, new and current residents are forced to rent rather than buy. Neighborhoods such as Capital Hill, Fremont, Queen Anne, and Ballard will continue to be top areas for property given the limitations imposed by zoning laws for density in downtown areas. The I-5 corridor is expected to be in a continuous state of growth thanks to the connections between transportation options, outlying neighborhoods such as Northgate and Shoreline, and property values.

For renters, Seattle is the place to be. Whether it be as a result of a personal preference or financial necessity, renting a home is the method of choice for more than 50% of Seattle. A recent study declared Seattle as the number one large city in terms of price-to-rent ratios. This means that Seattle is one of the more affordable places to rent and that it is relatively cheaper to rent rather than buy in Seattle, given the home affordability crisis. Seattle also protects its renters from outrageous upfront fees by mandating that all security deposits must be equal to or less than one month’s rent; since most people can’t afford to buy a home due to the upfront expense, this protects renters from facing the same barriers when choosing a rental property. Plus, Seattle has a significant draw given the availability of high-tech jobs with big corporations and the high quality of life due to diverse cultural amenities, liberal policies, and its proximity to natural attractions such as oceans and mountains. 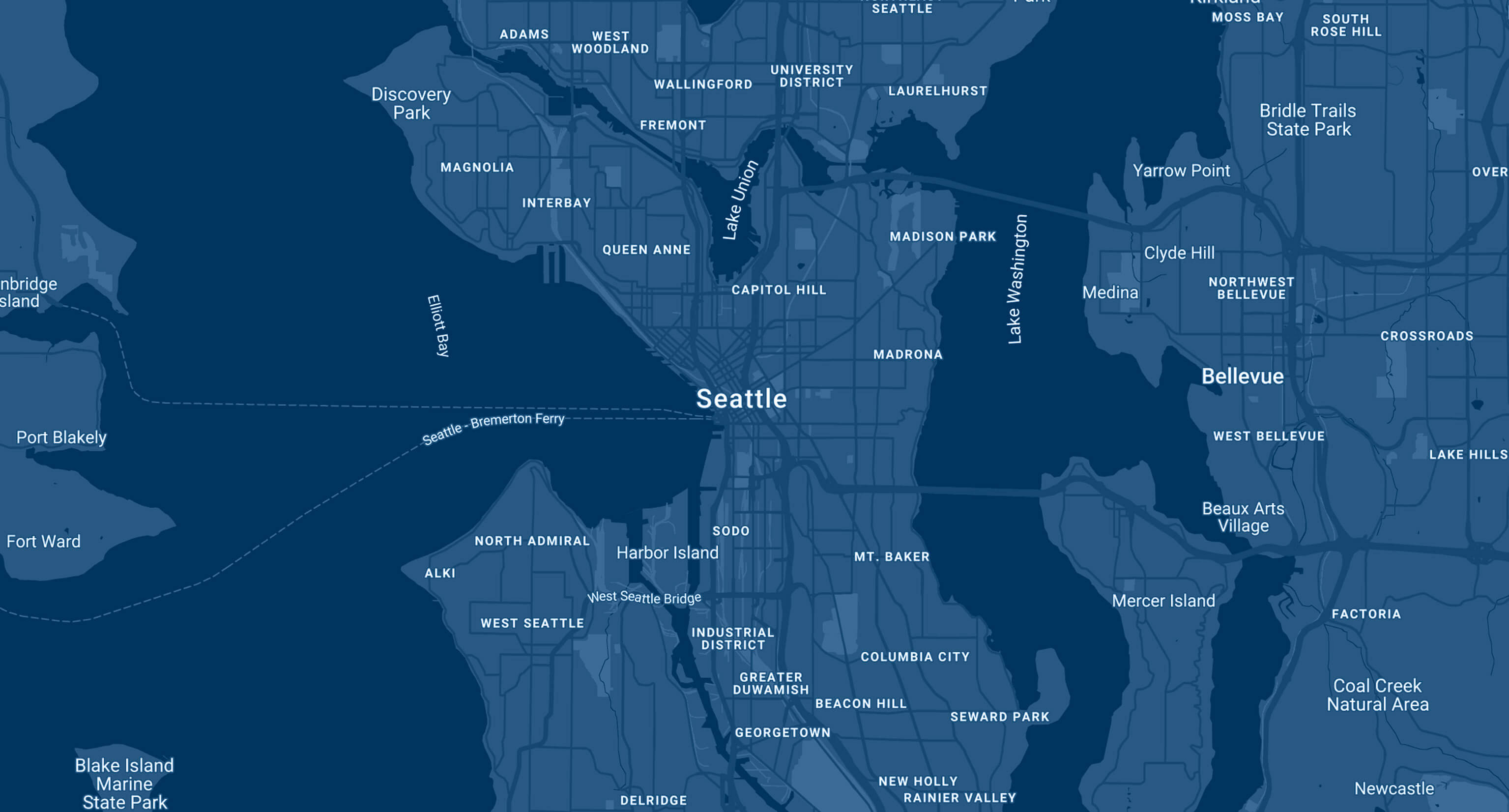 Reach out today and build the fundation your investement needs

Reach out today and build the foundation your investement needs